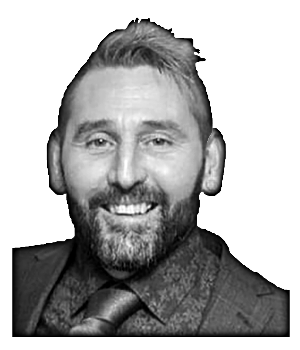 ‘Festival of the Unexplained’ is dedicated to Eddie’s memory

and will be for years to come

Eddie supported his wife Karen in setting up the company back in 2016. It started out as a small events company named Supernatural Fayres. They organised events all across the Midlands with an array of exhibitors.

In 2019 Eddie had the idea to introduce guest speakers at the events to not only do lectures, but to share their knowledge and experiences. Eddie’s idea of developing the fayres into more of a convention is the reason ‘Festival of the Unexplained’ exists today.

Making sure all exhibitors, speakers and the attending public were looked after was the highest priority for Eddie.

In 2020, multiple online conventions were organised during the Covid lockdowns; keeping busy whilst isolating due to personal circumstances.

Eddie was the driving force behind every event and even took part in conducting some of the interviews. The last online convention was in aid of C A L M (CAMPAIGN AGAINST LIVING MISERABLY). The event raised over £1500 for the charity.

Eddie had a very logical mind. He was the grounding influence that kept Karen level headed at all times. If it were not for Eddie’s support and financial backing, the convention you see today would not have come into fruition.

One of Eddie’s proudest moments was when attending the event in March 2022; hearing the feedback from speakers and the public, he knew then that the event was a success.

Eddie was the driving force behind everything Karen has ever done and the reason they have achieved so much. 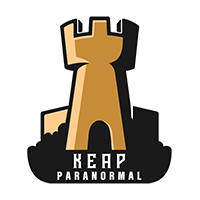 Eddie was the ideas man behind every event organised by him and Karen.

He was the instigator behind setting up KEAP Paranormal. He came up with the team name and logo. He sourced all the equipment used at events along with building his own equipment. He built Rempod’s and what is known as the EDDIEBOX. Every spirit radio he built was unique every time.

Eddie had a passion for paranormal equipment and always bought the latest piece of equipment. He liked to have an array of gadgets and enjoyed testing them out to capture raw evidence.

Eddie sourced and researched locations for public events and was instrumental in looking after guests on investigations.

Eddie was well known in the paranormal community for his love of cooking and the amazing breakfasts he produced to cure any paranormal hangover. His breakfasts were lovingly nicknamed by team members as the EDDIEBREK.

Eddie left the team in 2021 but continued to financially support the company. Eddie continued to support his wife with all events and helped her with the organisation side, even though he no longer attended them.

Eddie’s absence is felt amongst the paranormal community

If you would like to support C A L M in memory of Eddie, please do so using the link provided: